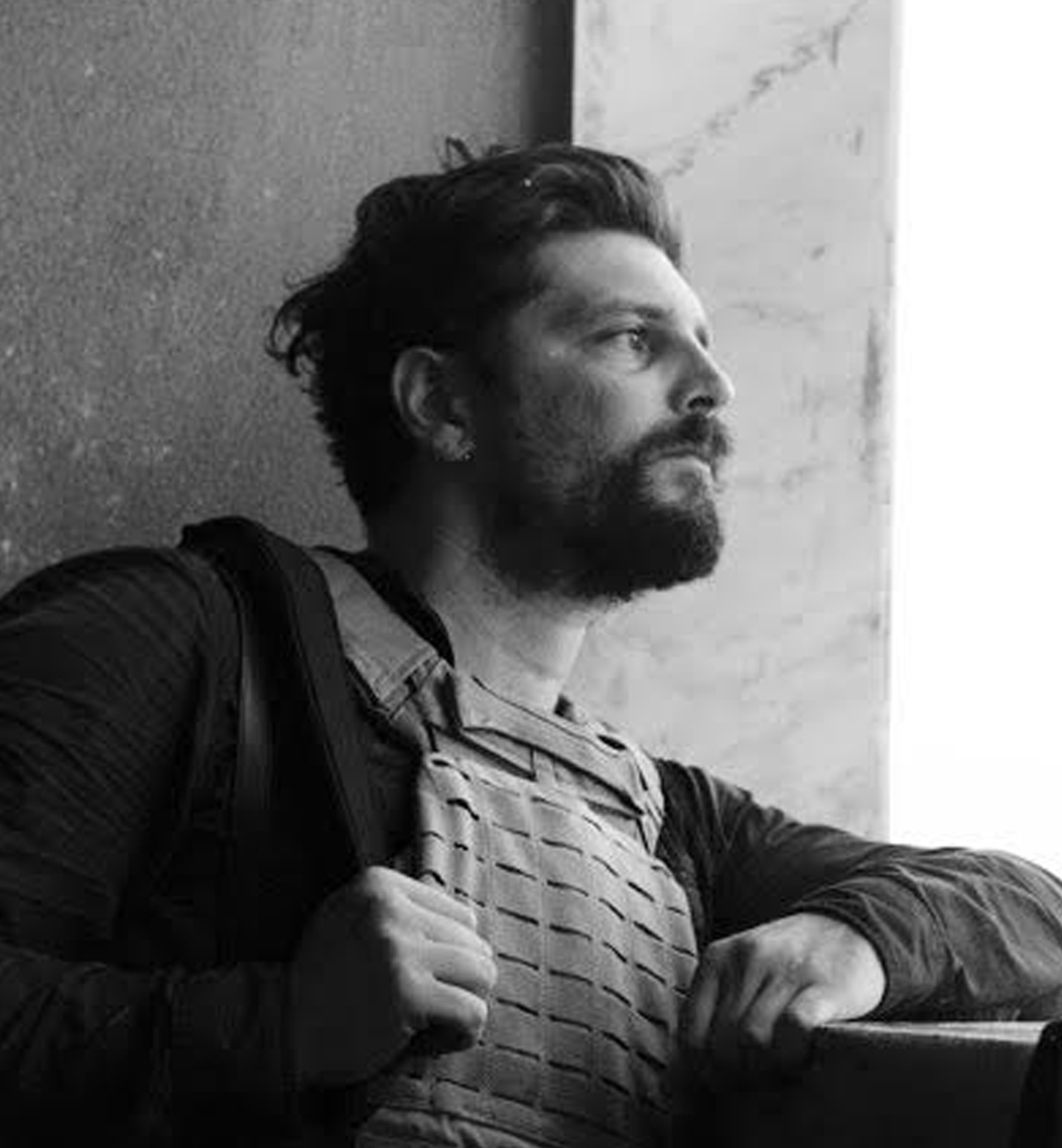 After graduated in fine art, he start his carrer as a photographer during 2004, working for the Newpress Agency of Milan.
His works are focused on the social condition of people and the relation they have with the territory they live, politicaly and socially. Since 2008 he has documented italian territory, and the identity crisis of the city and its cultural decadence.

On 2008 he is one of the founders of the italian collective “Cesuralab”, under the leadership of the famous photographer Alex Majoli.
Since 2011, he started his Middle East documentations, reports all the events related to the “Arab Spring”, between Tunisia, Egypt and Libya. He continues his work on the middle east also in 2012 and 2013, focusing on Gaza and Istambul, and during the same years he works on the economic crisis that has crashed on Greece.

He returns in Gaza during 2014, where he gives an exclusive history and portrait of the General Khalifa Haftar’s fight against Islamic militaries.
In November 2016 he presented his multiannual work on the Libyan situation at the Leica Galerie in Milan, with a personal exhibitions entitled “DOGMA”.

From 2016 he is a Leica’s testimonial and he is the first winner of the european photography talent, “Master of Photography”.
During 2017 he made the new Yamamay fashion fall/winter Campaign, and an authorial reportage of the historical italian beauty competition “Miss Italia”.

In May 2018 he went in Gaza Strip for documenting the great march of return, endend the 15th may with the “Nakba”.

He collaborates with national and international newspapers such as:

This website uses cookies to improve your experience while you navigate through the website. Out of these, the cookies that are categorized as necessary are stored on your browser as they are essential for the working of basic functionalities of the website. We also use third-party cookies that help us analyze and understand how you use this website. These cookies will be stored in your browser only with your consent. You also have the option to opt-out of these cookies. But opting out of some of these cookies may affect your browsing experience.
Necessary Sempre abilitato
Necessary cookies are absolutely essential for the website to function properly. This category only includes cookies that ensures basic functionalities and security features of the website. These cookies do not store any personal information.
Non-necessary
Any cookies that may not be particularly necessary for the website to function and is used specifically to collect user personal data via analytics, ads, other embedded contents are termed as non-necessary cookies. It is mandatory to procure user consent prior to running these cookies on your website.
ACCETTA E SALVA
error: Content is protected !!
Torna in cima