Perle is a 24 years old girl living in a big, pink house in the southern coast of Madagscar. As well as her “peers”, she likes pop music, trendy dresses and colorful nail polish. Perle is also an Exorcist, having committed her life to drive the devil away from the bodies of the possessed ones. Perle lives in the city of Toliara, where the biggest community (“toby”) of african lutheran exorcists was founded: a whole village where all the citizens are exorcists, often both husbands and wives, their children and many young candidates training how to fight the devil. Every one among the 300 exorcist living there hosts a single cage in their gardens, made of iron or wood, where a “patient” they are responsible of is pemanently living. These are the possesed ones, the cursed, the mentally ills. Living with heavy chains on their ankles and wrists, they get as only treatment an exorcism session twice a day. Among them is Fafah, a 23 years old girl who used to study at the university and attended the same school as Perle. After her father died by poison, Fafah was reported by her mother in law as being possessed by the devil, with the clear intent of taking possession of her iheritance. Since the past year Fafah lived inside an iron cage, without seeing the sunlight with chains welded on her ankles. The night Perle was asked for a consultation from a fellow exorcist about the case of Fafah, it was even asked to me if I was able to help the girl to get her freedom back. Beside that well known “being a fly on the wall” saying in photojournalism, the human being behind the camera decided to intervene anyway, without any hesitations and to do whatever it takes to help the young girl. The photographer’s thought came only later, conciliating the personal choice with the professional ethics: the single story about Fafah won’t be only the proof of the factual tragedy, but will bear witness to the concrete hope that an happy ending could be a reachable goal for the ones who are still kept in chains. After a week of negotiation with the exorcists’ community, Fafah was finally released. One hour later, Fafah told to Perle she had never seen the sea before. So Perle and Fafah started a day trip together to the beach, as if they have always been close friends. 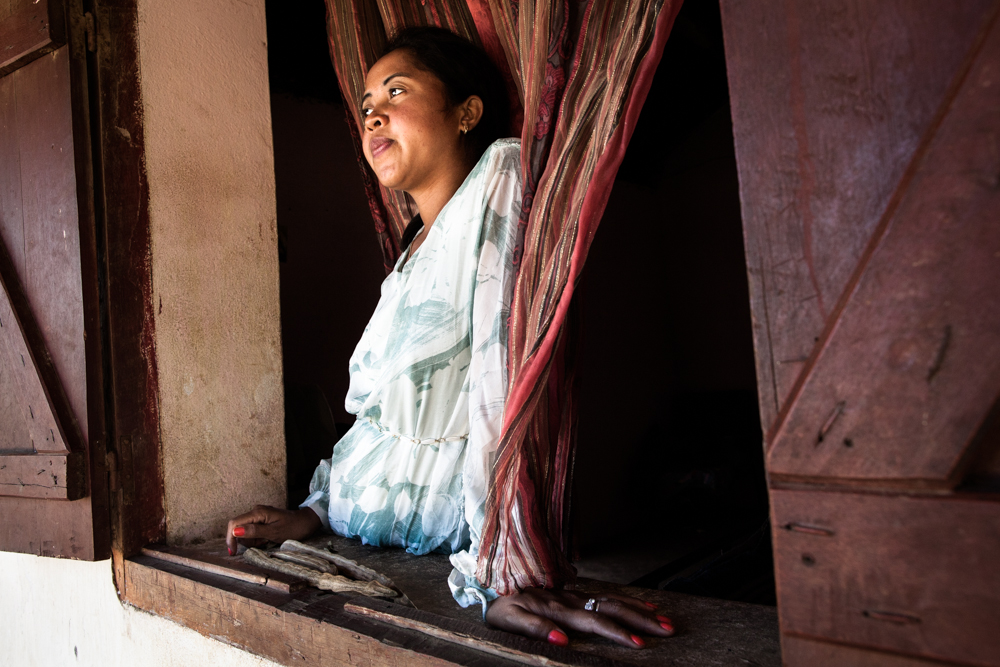 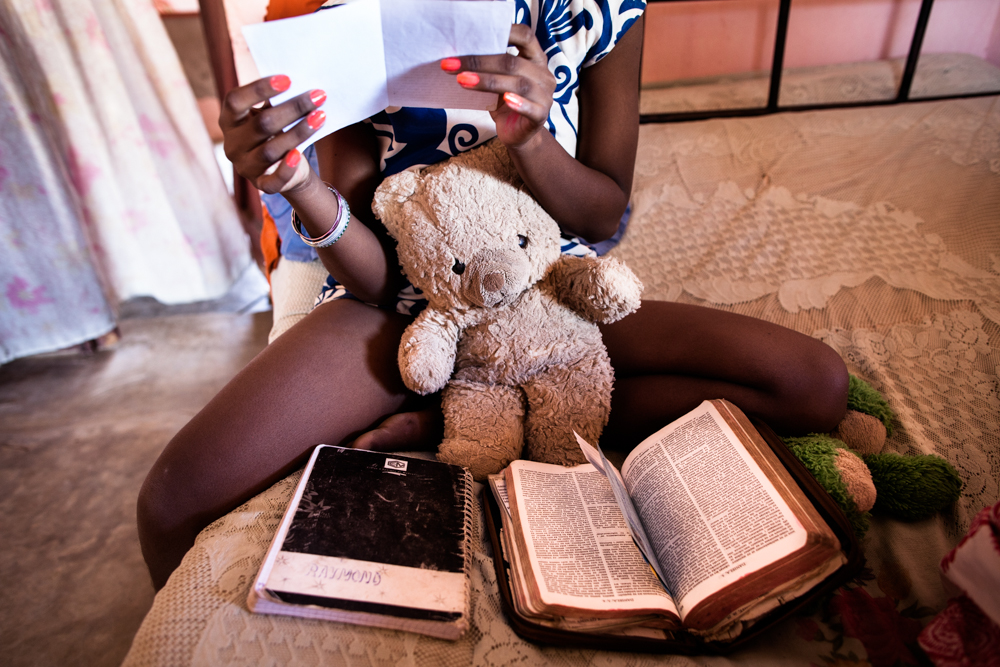 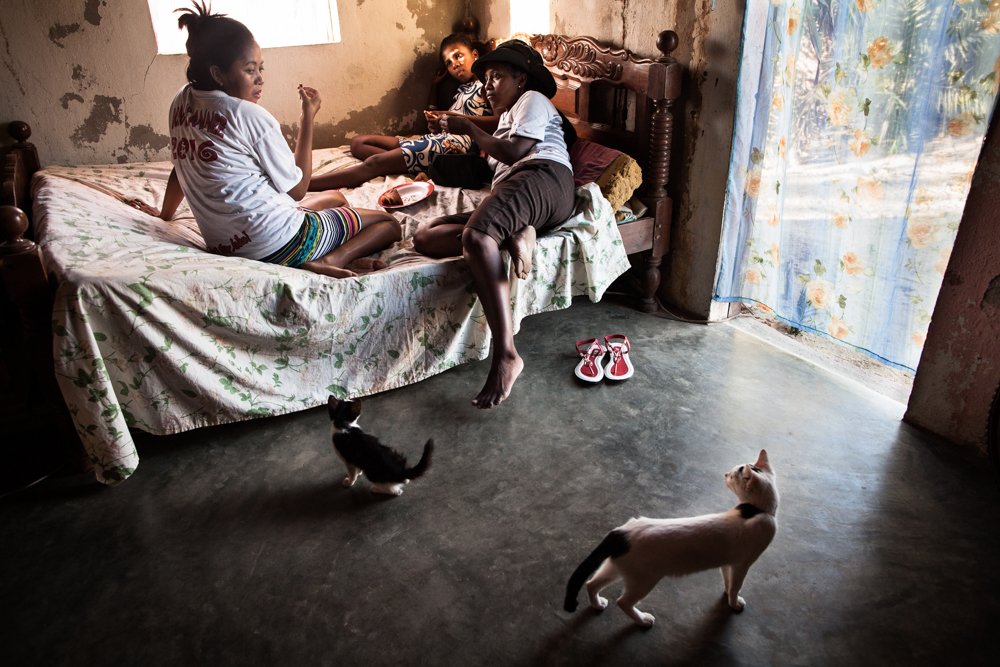 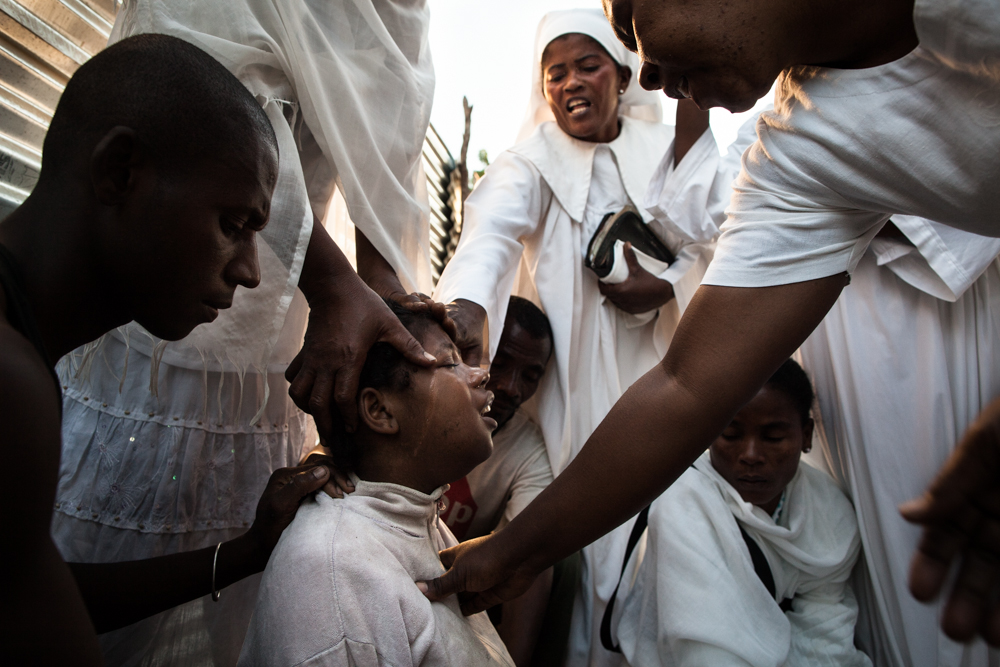 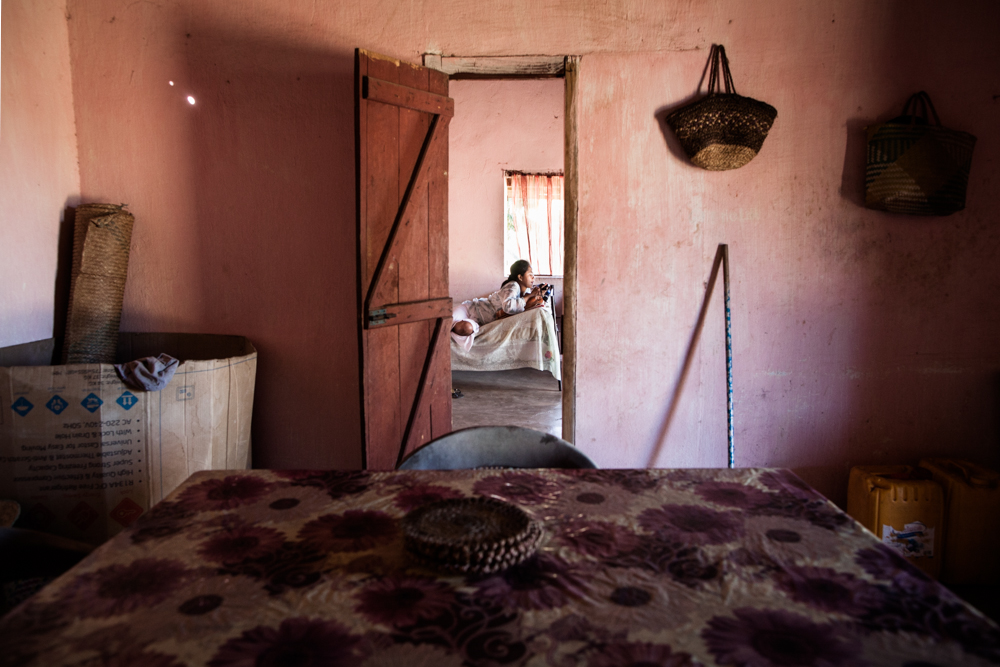 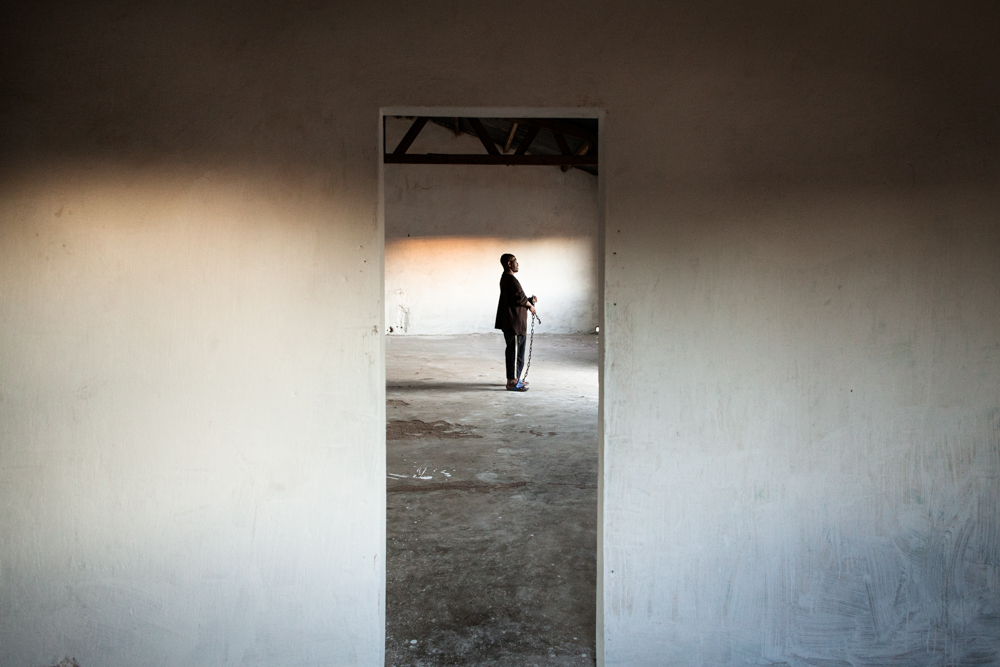 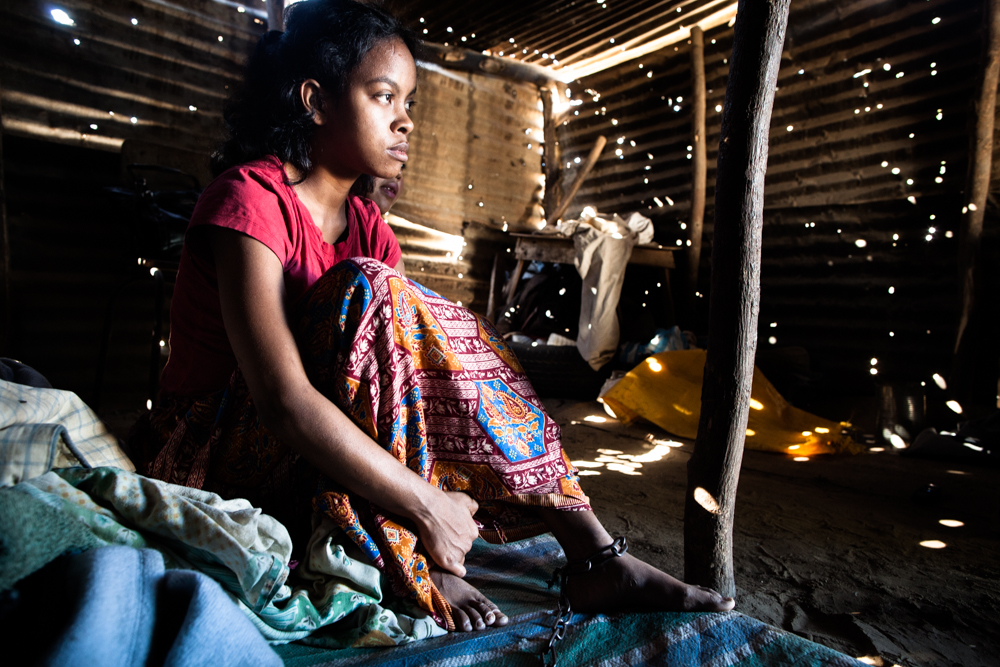 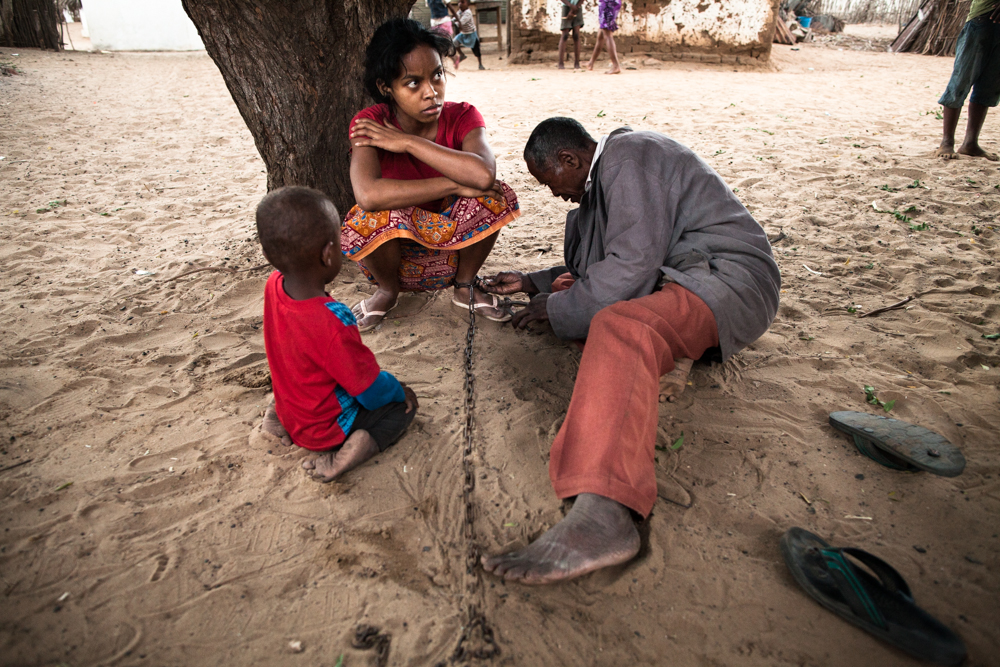 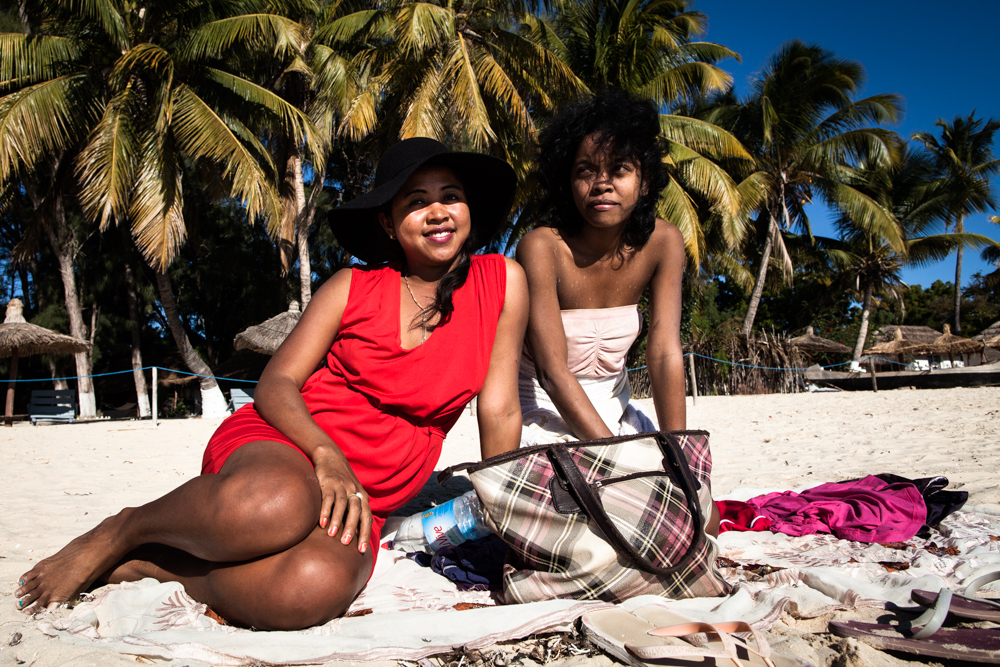 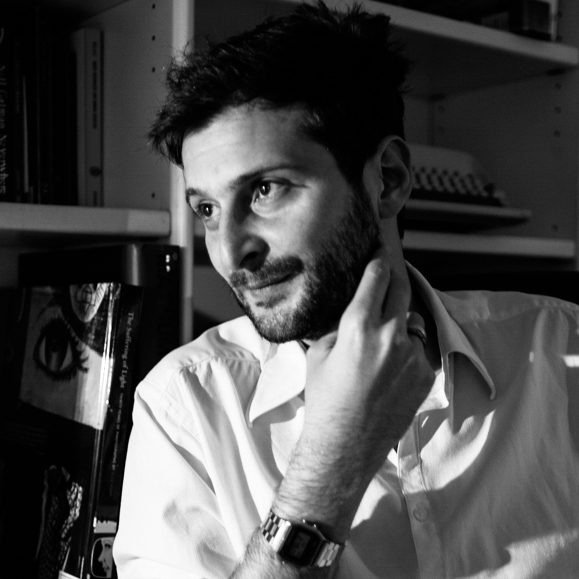 Graduated in two different fields of social sciences, psychology and anthropology, since 2010 Riccardo worked as visual anthropologist at the Irfoss Institute in Padua, Italy. Since 2015 his works are represented by Prospekt Photographers agency. While combining photography and audiovisual as privileged research approaches, he has been working in Africa, South and North America, Asia and Europe. Since 2006 he worked as a field researcher in Madagascar, where he is conducting a long term project focusing on social issues. In 2015 he was nominated “Best Photographer of the Year – Professional Sport Category” at Sony World Photography Awards. His pictures have been exhibited in London, Italy, Berlin, Bucharest, Paris, Beijing and Lishui, and have been published by several international magazines. In his vision, documentary photography is much more than a mere tool for data collection: it is the base for an universal language, a bridge between people and places that allows to overcome the invisible borders among cultures.

This website uses cookies to improve your experience while you navigate through the website. Out of these, the cookies that are categorized as necessary are stored on your browser as they are essential for the working of basic functionalities of the website. We also use third-party cookies that help us analyze and understand how you use this website. These cookies will be stored in your browser only with your consent. You also have the option to opt-out of these cookies. But opting out of some of these cookies may affect your browsing experience.
Necessary Sempre abilitato

Any cookies that may not be particularly necessary for the website to function and is used specifically to collect user personal data via analytics, ads, other embedded contents are termed as non-necessary cookies. It is mandatory to procure user consent prior to running these cookies on your website.